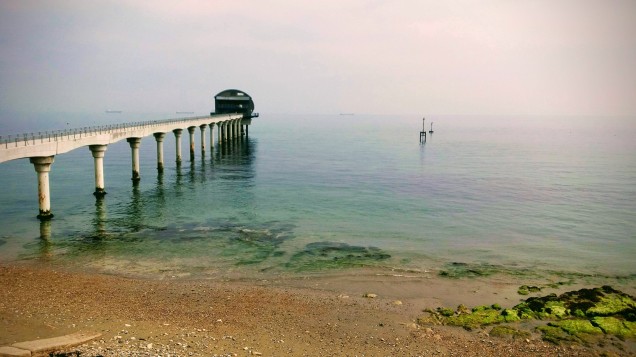 At this point in modernity, a deeply ingrained antagonism to an authority of truth beyond self has become a serious obstacle to religious faith. Determining truth for oneself has replaced a need to receive truth from the unquestioned authority of religious tradition. For many people, questions of ultimate religious import, if they are a concern at all, must be decided without interference, exclusively for themselves. And that often means an idiosyncratic formulation, an amalgam of vague religious notions culled and constructed from disparate sources. It is the truth for oneself that alone matters, if truth is sought at all… Pride and a self-sufficient intelligence make… humble submission unappealing, if not impossible…

It is an opposite orientation by which contemplative life prospers. The contemplative soul thrives only by a reception of truth from a source in the Church, which requires, not just the soul’s faith, but an act of love. Submission in faith to the doctrinal truth of Christianity is a loving act, which deepens precisely in prayer. Truth for a contemplative is never a discovery simply from searching and effort: it comes always as a gift. More intensely, perhaps, than an ordinary believer, the contemplative is aware that faith is a great gift and the reception of truth depends necessarily on a source for truth. The contemplative’s love for truth cannot be separated from a love for the Church and for the vast witness to truth embodied in the Church’s teaching. The common disposition of a true contemplative to prostrate the soul in awe and gratitude before Catholic teaching reflects this attitude of dependency. Truth is embraced only in love and must be received in humility.

British Liberal Quakerism appears to be in a state of radical transition between a complex past and an uncertain future. Yet, it is at least arguable, that the future is so uncertain precisely because Liberal Friends exist in a state of increasing unease about their past. ‘God’, ‘Christianity’ and ‘Christ’ seem to act as uncomfortable presences within the Society at large, like a cluster of disturbing ghosts stalking some old corridor rattling their chains. As a consequence, our Society no longer assumes a straightforward identification with the life and teachings of Jesus.  This is of course a completely understandable development. The matrix in which British Friends operate is a pluralistic and secular one. And since our faith is not isolated from our lives of work, family and leisure, this is having a great impact on our Meetings. People now come to us from diverse backgrounds and cultures seeking succour from us as a spiritual community. Many have fled from authoritarian or hierarchical expressions of Christian church and theology. Others have come from different faith-traditions; Jewish, Buddhist, Pagan, seeking shelter and sustenance. For such folk, Jesus is probably the last person they want to talk about. He is a symbol of all they have run away from; suffocating dogma, unflinching moralising, and institutional naval-gazing. Such seekers may come to meeting with the impression that the reason why Liberal Quakerism is ‘liberal’ is because it has deviated from historic Christianity. Yet, I would argue that the ‘liberal’ character of modern British Quakerism; its diversity, its inclusivity, is not a deviation, but an echo of George Fox’s provocative Christian revelation that Jesus ‘had come to teach the people Himself’.

How so? British Quakers are a gathering place for many paths because we are fundamentally nourished by a story and a heritage, which calls for the unity of the world, and the unity of creation. Yet, this call is not grounded in some generic ‘John Lennon-like humanism’ but has a particular shape. It subsists, not in grand utopian plans, much less the dismissal of heaven, but in peace, humility, and the renunciation of power. It is a faith with a face, the face of Christ.

Ben Wood, from Reflections on Liberal Quakerism and the Need for Roots

Do we have a problem here? On the face of it, Fr. Donald Haggerty, a (Roman Catholic) priest of the Archdiocese of New York, currently serving at Saint Patrick’s Cathedral in New York City, is writing here as spokesman for precisely the “authoritarian or hierarchical expressions of Christian church and theology” that many contemporary Quakers have fled. But British liberal Quakers are in many ways facing just the crisis of faith that Fr. Haggerty describes. Five years ago, on his blog Transition Quaker, Craig Barnett wrote:

…over recent decades Liberal Quakerism has unmistakably declined in numbers, and in spiritual coherence and vitality. Although many Friends are very active in a huge range of social action, we no longer have a shared language with which to communicate our spiritual experience, or a shared understanding of core Quaker practices such as Meeting for Worship, testimony or discernment. We have retreated from sharing our spiritual experience with each other or with the wider society. Consequently we have shrunk to a group of predominantly White, middle class retired people, while complacently assuring ourselves that ‘people will find us when they are ready’, without the need for any action on our part.

We have cultivated a marked hostility to spiritual teaching, insisting that ‘Quakerism is caught not taught’, and as a result many Friends who have been members for decades remain ignorant about traditional Quaker practices and spirituality. We have developed a hostility towards any suggestion of leadership or authority, and by failing to encourage and support each others’ gifts and leadings we have deprived ourselves of direction. We have become collections of like-minded (because socially similar) individuals, rather than true communities of people who are both accountable to and responsible for each other.

We have rejected the Quaker tradition, with its embarrassingly fervent early Friends and old-fashioned religious language, and ended up with a Quakerism that is almost evacuated of religious content, in which our spiritual experience is something ‘private’ that we cannot share with each other. Consequently we have little to offer to people who are seeking a deeper spiritual reality beyond an accepting ‘space’ for their own solitary spiritual searchings.

In many Quaker meetings today there is a deep uncertainty about spirituality, and about the possibility of spiritual leadership of any shape or form. This at times seems to show itself in an insecurity and an anxiety about the role of elders, and about the exercise of eldership. Quaker faith and practice 12.12 states:

It is laid upon elders… to meet regularly to uphold the meeting and its members in prayer; to guide those who share in our meetings towards a deeper experience of worship; to encourage preparation of mind and spirit, and study of the Bible and other writings that are spiritually helpful; to encourage individual and united prayer in the meeting…

How is this possible in an atmosphere of “marked hostility to spiritual teaching,” amongst “a Quakerism that is almost evacuated of religious content”?

Earlier in his book quoted above, Donald Haggerty writes:

There are paradigm shifts in the history of spirituality as there are in the history of science or law or technology. There are major innovations at certain periods in the radical pursuit of God. Options in spirituality that earlier did not exist suddenly become possible, attracting a contagious, expansive response. These transitions occur precisely when a hunger for God intensifies without a corresponding opportunity present in the current structures of spirituality for satiating it. Assuaging that deeper yearning for God demands something more radical. The innovation then arrives as a supernatural response to the desire for a more radical offering to God.

Haggerty goes on to give some examples: the flight to the Syrian and Egyptian deserts after the institutionalisation of Christianity in the Roman empire in the early 4th century; the innovation of the mendicant life in the medieval period under Francis of Assisi and others; the Jesuit revolution in the Catholic Church after the start of the Protestant Reformation, and so forth. Perhaps we might be permitted to suggest adding to the list the beginnings of Quakerism in the mid-17th century?

The question now is whether another paradigm shift in spirituality is taking place–in this case a quiet and inconspicuous one, yet quite real nonetheless. A yearning for more prayer and for deeper prayer seems to be spreading… A contemplative movement of spiritually linked souls, joined invisibly in many cases by a love for the silent prayer of Eucharistic adoration, may be somewhat hidden by its nature and go unnoticed and yet be a leaven of much grace and conversion throughout the Church in this new century…

Contemplative life cannot prosper in detachment from the contemporary crisis in belief. It would betray itself by disappearing behind walls, retreating into the breezes and shades of a garden enclosure… Day-to-day perseverance in what may be an obscure and dark faith is always a triumph over the dismissal of faith that seems to gain increasing ground in the current time… And this divine action of grace may be effective in a unique way today especially because of contemplative souls who remain living and working in the world.

Quaker practice is not necessarily what the world calls ‘activism’. For many Friends, faithfulness to God’s leadings requires a quiet, unrecognised life of prayer, listening to and being alongside others, rather than anything dramatic and obvious. It is as likely to look like failure or foolishness as conspicuous achievement. What is essential is not the visible results of our action, but the practice of faithful listening and responding to divine guidance, wherever it may lead us.

Perhaps we are at a crossroads in the life of faith that extends far beyond the apparently opposite communities of the Society of Friends and the Catholic Church. Perhaps we might consider that we may both – and the many denominations and movements in between – be experiencing a call that has as much to do with the environmental, political and cultural struggles in the world at present as it does to do with any loss of faith. As a society we are facing unprecedented change, and there is more to a prophetic response to change than making speeches. Change hurts. Things die, and things are born in pain and uncertainty. The world so needs those who will sit down beside it, and listen to it, and weep with it.

Let us be still for a while, and remember Isaac Penington’s advice to:

This site uses Akismet to reduce spam. Learn how your comment data is processed.

Scripture quotations are taken from:

The New Revised Standard Version Bible (NRSV). Copyright ©1989, Division of Christian Education of the National Council of the Churches of Christ in the United States of America. Used by permission. All rights reserved.